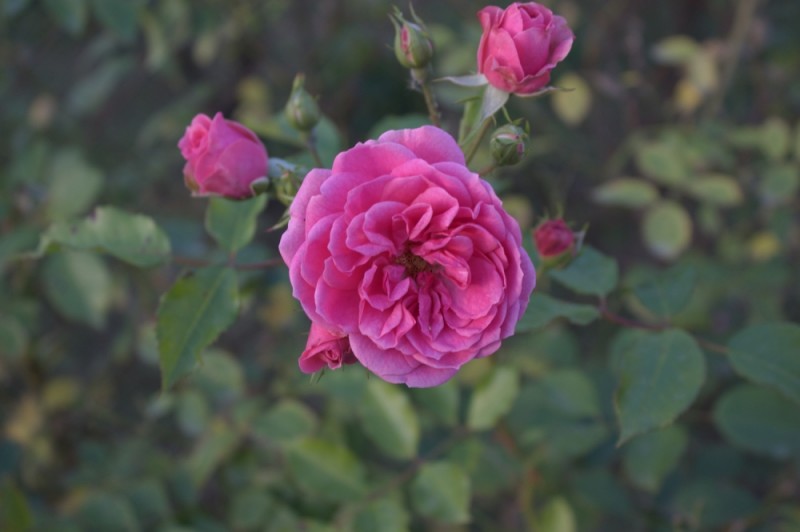 Previous Next
← previous day next day →

Posted by Joe Deegan (Waterville, ME, United States) on 8 September 2008 in Plant & Nature.

This is another shot of a rose some patient gardener was growing, in a plot across town from the last rose image. Admittedly, this photo has little to do with my post today. I just needed to look at something beautiful.

It was a very long day. This is especially surprising, given that Mondays are relatively light on my schedule— I teach only two classes. But, to use a favored idiom, the shit hit the fan anyway. I awoke this morning (30 minutes too late) to the sound of heavy rainfall against my window. I dragged myself into the shower, officially starting my third week in Slovakia.

Once at school, I found out that two colleagues had phoned in and taken the week off. Each of them has a sick kid. ‘Fine,’ I thought, ‘no problem— we’ll just get a substitute teacher for each,’ totally forgetting that my school has no such policy. Instead, the classes of an absent teacher are moved wholesale into an ongoing class. The result was that I had over 30 students in each of my classes today. Worse, half of them were not my students at all. They had little incentive to cooperate. In the words of one student today— who seriously said this in response to a question in class (becoming his buddies’ hero, no doubt)— “Whadafuck?”

Indeed. Clearly, the stupidity of early pubescent boys is akin to a force of nature, capable of destroying lesson plans and repelling prospective teachers forever. As I stood floundering, I thought of a teacher of mine in middle school, who had a nervous breakdown and slammed a door so hard it shattered the narrow glass pane of its window. I thought of my gutter poet hero Charles Bukowski, and which delicious and cynical things that man would have done, had he found himself in my shoes.

After the day was over, Vladko and I had a beer in a pub near the school. I was thankful for the perspective he gave me. He needed the beer more than me, after all. He had had seven such classes today.

In retrospect, it is perhaps not the worst thing that my day went so badly. I am glad that the possibilities I had feared all along about my little classwide interviews came to pass: Namely that the Slovaks would (1) not give a shit about America, or (2) not be able to articulate any interesting questions about me in English. There is always something liberating about surviving the worst case scenario.